Rapid Remaps offers quality services by trained specialists, who will ensure that the qualities; low down tractability, reliability and fuel economy, the main qualities that attracted you to a diesel engine, are not to be compromised. When remapping a diesel, we aim to increase these qualities within the safety limits of the car. If you choose to remap or retune your diesel engine, you will notice an improvement in increased horsepower, torque, better throttle response, smoother power delivery and improved fuel economy, along with safer overtaking. We achieve these outcomes by matching parameters, boost pressure, fuel delivery and adjust the maps electronically to limit the torque, throttle response and top speed. All the information is found in the ECU, and is optimised by our trained technicians. 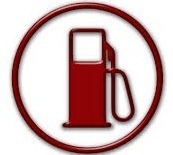 Having a Quantum Remap can help you save fuel by allowing the engine to work easier, be up to cruising speed sooner and hold a higher gear for longer. Typical savings are around 10%, but when combined with a modification of driving style to take advantage of the extra power, torque and driveability, then the savings can be quite dramatic.

The Quantum Remap is a tool to help you save fuel; most customers achieve great savings, however if you are tempted to take advantage of the extra performance and drive harder, then savings will be minimal.

WHAT IS A DPF?

Diesel Particulate Filter (DPF) is a device, which is fitted to the exhaust system and reduces emissions, by trapping soot or particle matter from the exhaust gases, but it still allows gases to flow through the system.

A particulate filter needs to be cleaned regularly and can be done so through regeneration. It is a combination of a catalyst function in the system and burning the soot to gas at a very high temperature leaving behind an ash residue. This process is automatic in cars.

However, for various reasons the regeneration may fail to work correctly. This can be due to a build-up of soot, which affects the performance and the fuel economy. Another side effect of a blocked DPF, is overheating in the exhaust system which can cause the home safety mode to kick in, minimising the power outlet.

One way to try and regenerate the system yourself, is to drive at speed but this may not always work efficiently as the ash residue is still building up. Other service areas may force regeneration, but this is also not a solution. Here at Rapid Remaps will replace the DPF unit, recalibrate ECU and reset the warning light. We will also test our solution through a road test

If regeneration doesn’t function properly it leads to a build up of soot affecting performance and fuel economy, left unattended this will result in a Blocked DPF which can ultimately cause very expensive damage to other engine components. A blocked DPF is also potentially dangerous as it can cause overheating in the exhaust system and cause a fire risk. To prevent this damage most newer vehicles will go into “Limp Home” safety mode at this stage, meaning the vehicle will have minimum power barely sufficient to crawl home. For regeneration to take place it requires the vehicle to be driven regularly at some speed on open roads e.g. motorway driving, typically driving at around 2500 RPM for approx 30mins at least once a month, this will keep things working. However, many diesel vehicles are used primarily in urban areas or on short stop start journeys e.g. local deliveries, taxi’s, school runs etc and many have auto gearbox, so the vehicle does not get the chance to heat up sufficiently and is unable to carry out a full regeneration process.

Even if the regeneration functions as it should, over time the Ash Residue will build up in the DPF and have the same affect ultimately resulting in a blocked DPF. For this reason a DPF is classified as a Serviceable Item by the vehicle manufacturers like brake pads or air filters etc and not covered under warranty. DPF systems therefore need to be maintained properly.

WHAT ARE MY OPTIONS?

If your DPF warning light or Anti-Pollution warning is on, please do not ignore it (typical dash warning symbols below). Get professional advice, consider your options carefully and attend to the problem. Leaving it will ultimately cost you much more in additional repair bills and it can be dangerous.

By the time your DPF warning lights are visible your DPF will already be significantly blocked. Forced regeneration by a garage or a “blast down the motorway” is not likely to cure the problem, these only work as preventative maintenance. So at this stage realistically you have the following 3 options:-

DPF Replacement – Rapid Rempas can replace the DPF at a fraction of the main dealer cost. We carry out full diagnostic checks, replace the DPF unit, recalibrate the ECU, reset the warning lights and run a road test. We can also add a bespoke remap at the same time to improve fuel economy and performance.

The ideal DPF solution for you depends on your circumstances e.g. type & condition of your vehicle, your usage, your future plans i.e. whether you intend to keep or sell the vehicle etc and your budget.

WHAT ELSE SHOULD I BE AWARE OF?

It is not illegal to remove the DPF, however in the UK it is an offence to use a vehicle on the road that no longer complies with the emissions standards it was designed to meet.

Changing any part of the exhaust or emissions system with a part other than the vehicle manufacturer’s original part that may change the emissions could be an offence. Currently emissions testing outside the London Emissions Zone (LEZ) is limited to the standard MOT test.

From February 2014 the inspection of the exhaust system carried out during the MOT will include a visual check for the presence of a DPF canister, if fitted as standard equipment.

Subscribe for the chance to win a remap of your choice
Boost your performance upto 35% & economy upto 15%. 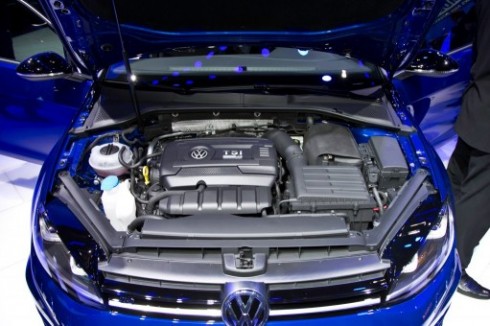